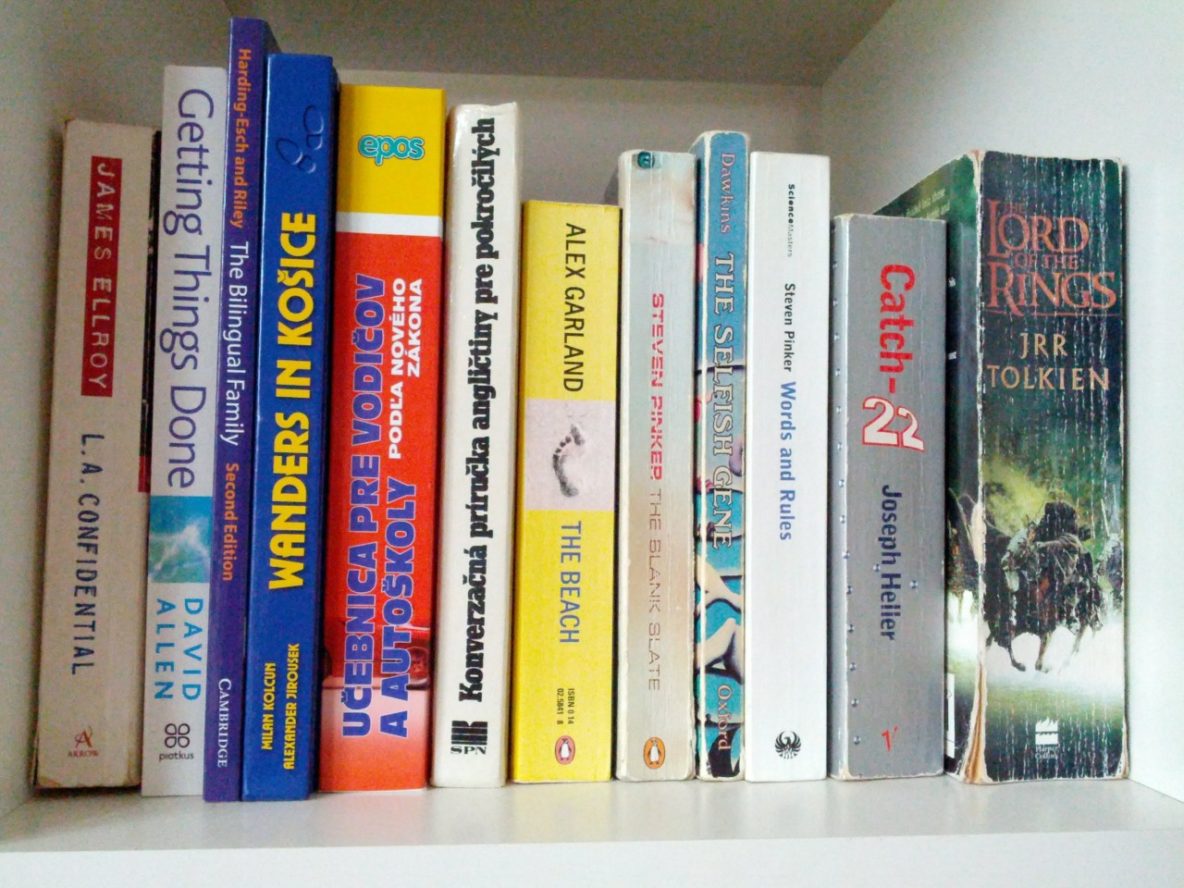 Notice anything strange about this picture? And no, I don’t mean the slightly random selection of books. Do you find your head bobbing from side to side?

I’m not sure when I first noticed, but the spines of Slovak books are all wrong. Well, actually, I’ve been here so long that it’s the English ones which are starting to look weird. In general, when books are placed with their covers the right way up on the shelf, the titles on the spines read from bottom to top on books published in Slovakia (including Wanders in Kosice), but from top to bottom on those published in the UK or US. Unless, as is the case with Lord of the Rings, the book is fat enough to have the title written parallel to the shelf.

But why? A little googling and/or reflection (you choose) suggests that each system has its own logic. Place an English book face up on a table and the title on the spine is the right way up. Not so with Slovak books:

But you could argue that you don’t really need to read the spine if you can see the cover. And the Slovak way works better (at least for people whose languages read left-to-right) when you have multiple lines of text on the spine. Compare the first two books on the left in the photo below:

The title of the Larsson is split across two lines, forcing the reader to scan left-to-right (The…Girl…with…) and, at the same time, right-to-left (The Girl with the…Dragon Tattoo). Slovak books, like the second one, scan from left to right on both axes.

The situation is even worse when you have multiple volumes of English books. Quicksilver comes before The Confusion in the Neal Stephenson series, but not when you have your head inclined to the right in order to read their titles.

How deep does this dualism run? Wikipedia has this to say:

According to this article, the first tradition is the older, perhaps stemming from a time when books were fewer, and more likely to be found in small horizontal piles on tables, rather than arranged on shelves in huge numbers.

And which is better? I think I’m going with the Slovaks, French and Russians on this. But I suspect it’s just a case of what you’re used to.