The Best English Lessons in Town, and Beyond!

Our online and face-to-face courses share almost all their DNA: the main difference is the location. 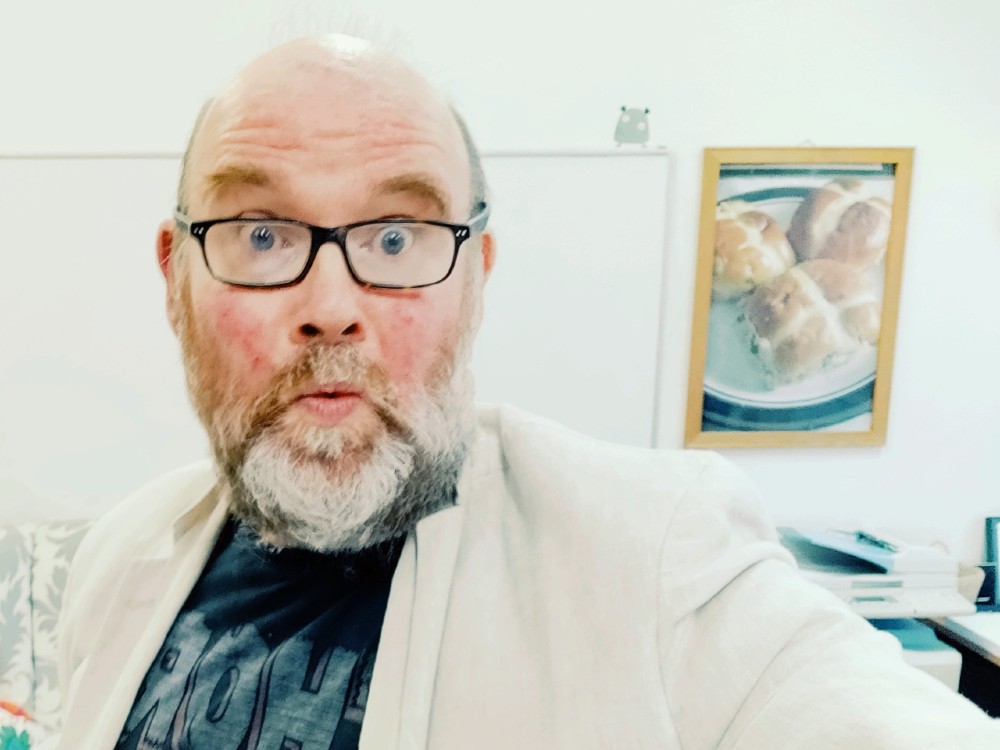 All our online and face-to-face courses for teenagers and adults are taught by James Blore, who has 25 years of experience as a teacher and more than twenty as a Cambridge examiner.

After studying Chemistry at Oxford, he trained first as a Science teacher and later as an  EFL teacher, before coming to Slovakia in 1998 to work for the Akadémia vzdelávania in Humenné.

In 2000, he joined the British Council, Kosice , where he trained as a Cambridge Speaking Examiner and completed a DELTA, and subsequently became the Language Centre Manager.

In 2006, James teamed up with his wife, Dagmar, to found The School of Blore.  Their teaching is based on several core beliefs:

Learning a language is about learning to communicate

You will spend a large part of your lessons talking to James or to your fellow students, and putting the language you've learnt into practice.

Learning should be student-centred

Your progress and satisfaction are our top priorities. We take time to analyse your needs and welcome your feedback throughout the course.

Learning should continue outside the classroom

The more you practice your English, the better you'll get. We have plenty of ideas, books and other resources to help you continue your studies at home.

Learning should be fun and should engage the brain

James has spent many years learning to craft a relaxing and fun environment, but is also keen to get you thinking!

We offer three main types of course for groups of 4-8 students, as well as bespoke individual lessons. Each type can be face-to-face or online, though individual lessons are usually held online in the mornings. You can find information about prices and the latest course dates on our Pricing page.

These are our 'standard' courses: twice a week, with a balance of grammar, vocabulary, skills work and (from B2 level onwards) practice for Cambridge English exams.

For those who have less time, our Conversation courses are just once a week, and focus mainly on communication. They're a little like a 'light' version of the standard courses.

These courses are once a week and are all about getting you ready for a Cambridge English exam in the next few months. We look at each part of the exam, discuss strategies, and practice!

The content of these lessons can be tailored to your needs, but they typically involve discussion followed by error correction and some language work.

The diagram shows the approximate composition of the first three types of course. The once-a-week courses have fewer hours overall, and the intensive exam preparation is a little shorter than the conversation course. 'Other' means things like Reading, Listening and analysing Writing (the writing itself is done at home).

Obviously, this is meant only to give a rough indication: the actual balance of activities will be based on the needs of the class: some groups prefer to do more grammar, for example. Also note that there is plenty of overlap between 'Exam Practice' and the other categories. 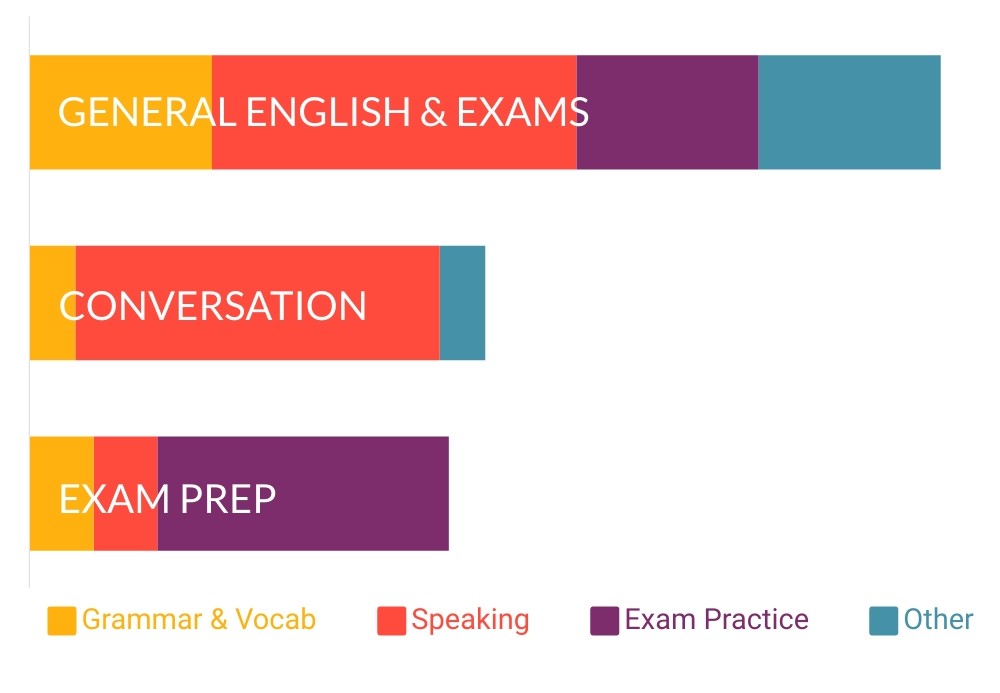 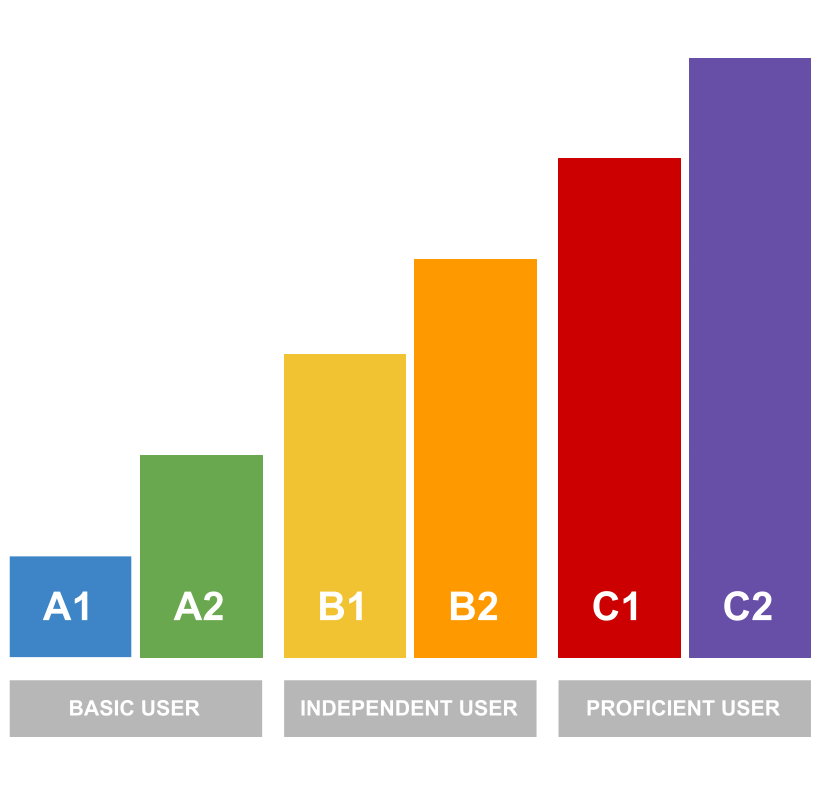 Our aim is for your learning to be as effective as possible, and an important part of this is ensuring that your level is similar to that of your classmates. For this reason, we offer the above courses at a variety of levels, and a free level-testing service to help you find the one that is right for you.

It's super simple, and absolutely nothing to be afraid of! You'll have a 10-20 minute online chat with James (don't worry, he speaks Slovak, too). He will assess the level of your spoken English, and you can ask him anything you like.

James may also suggest sending you some materials electronically to check the level of your other skills, especially if you are planning to do an exam. If you'd like to investigate before the chat, there is a quick test on the Cambridge English website.

Our level-test is completely free, and  there is no obligation to sign up for a course (though of course we'll be happy if you do!). You can arrange the chat using the form below, or through our contact page.

Choose your date and time, and then fill in your contact details. You will receive a confirmation email with a Zoom link. See you soon!