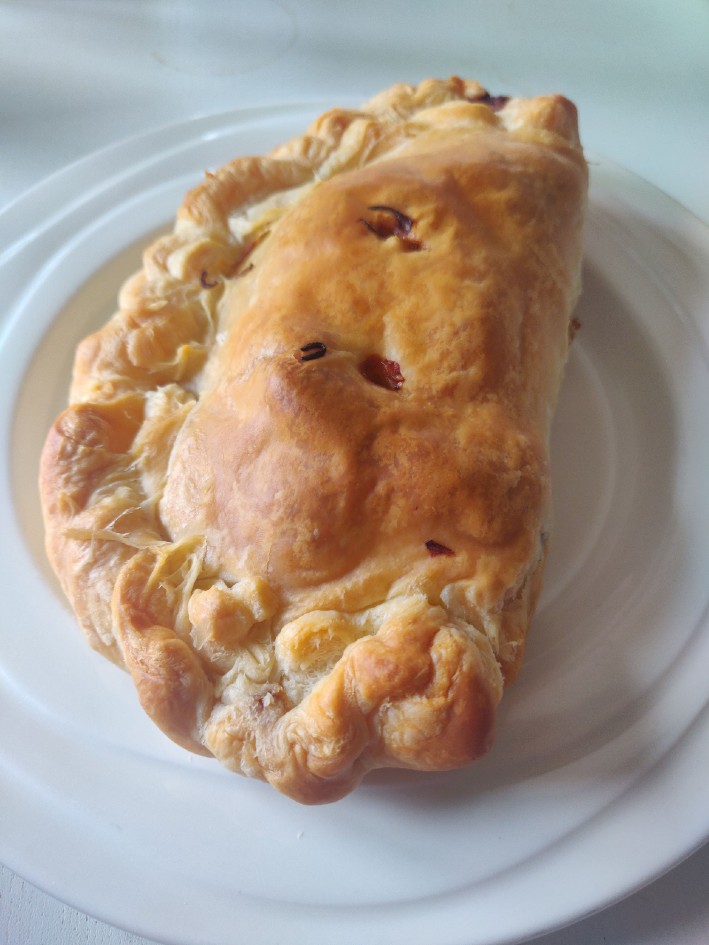 If there’s one thing missing from Slovak cuisine, it’s the combination of pastry and meat, best exemplified by the wonderful Cornish Pasty:

I found a couple of packets of ‘Lidl Deluxe’ rump steak in the reduced section (10 euros for a total of 800g). I made steak and chips with the first packet, and couldn’t decide whether the second one should be stroganov/stroganoff or pasties. So I made both 🙂 I was too hungry to take any pictures of the stroganov, but had recovered by the time the pasties came out…

Preheat oven to 220°C, and mix everything except the pastry and egg in a bowl.

Put half the mixture into the middle of each circle of pastry, leaving a margin. Don’t overfill.

Fold the pastry over to make a half moon. Crimp the margins with your fingers to seal it. I guess you could stick it with egg or water – I didn’t bother and it was fine.

Brush the top with beaten egg (or just water is fine if you don’t have it) and make 3 little slits with the point of a knife to let steam escape.

Put in the oven on a tray lined with baking paper. Bake for 10 minutes at 220, then another 35 minutes at 180. Allow to cool before serving.